In the early 1970s, Dr. G. Michael Vincent and his associates at the LDS Hospital/University of Utah in Salt Lake City, Utah, identified and began to study and treat several families with the long QT syndrome (LQTS), a genetic cardiac disorder than can cause sudden death in young people. Dr. Vincent’s team actively expanded the family pedigrees and prospectively screened family members for LQTS. With this approach, many LQTS patients were identified. One family was particularly large and became the world’s largest single LQTS pedigree.

As Dr. Vincent’s research team’s experience and contacts grew, they were dismayed and frustrated by the number of young people with LQTS who were undiagnosed and untreated, and at risk for dying of this disorder. Despite research findings and medical publications, it appeared that too few physicians were familiar with or tested for LQTS. Dr. Vincent stated “there must be ‘a better way’ to spread information about LQTS, and save the lives of these children and young adults”.

In 1988 Dr. Vincent approached his genetics colleagues, led by Dr. Ray White, at the University of Utah, and asked if they would be interested in attempting to find the genetic abnormality in his large LQTS family. Of course they were enthusiastic to work on such a large and extensive pedigree. In 1989 Dr. Mark Keating joined the faculty at the University and began the genetic studies, and in early 1991 reported the genetic location for the LQTS gene to be on chromosome 11. This was the first genetic discovery in the Long QT Syndrome, and the report caused a great deal of excitement and interest in both the medical and the lay communities.

Seeing “the better way” to disseminate and educate, the Sudden Arrhythmia Death Syndromes (SADS) Foundation, a nonprofit 501(c)(3) charitable organization, was established on December 12, 1991 by Dr. Vincent and several dedicated colleagues and LQTS family members, for the purpose of helping to prevent sudden and unexpected cardiac death in children and in young adults.

SADS conditions are genetic heart conditions that can cause sudden death in young, apparently healthy, people. SADS conditions occur because the electrical system of the heart is not working properly, so that the heart beats with an abnormal rhythm.

Warning signs of SADS conditions include family history of sudden, unexplained death under age 40, fainting or seizure during exercise, excitement or startle, and consistent or unusual chest pain and/or shortness of breath during exercise.

How long has it been around?

The first documented case of Long QT syndrome was described in Leipzig by Meissner in 1856. In 1973, Dr. G. Michael Vincent and his associates at the University of Utah Hospital in Salt Lake City, Utah identified and began to study and treat several families with Long QT Syndrome (LQTS). A group of researchers headed by Dr. Michael Vincent and Dr. Mark Keating reported the first genetic linkage results in LQTS in 1991.

Which people are vulnerable to SADS? For example, athletes or people with an undiagnosed hereditary heart condition?

SADS conditions are genetic heart conditions. Because SADS conditions are passed down from parent to child, each child of an affected parent has a 50% chance of inheriting the condition. If someone is diagnosed with a SADS condition in your family, it’s important for family members to get screened as soon as possible. The good news about these conditions is that they are highly treatable, and once treated the individuals can live normal lives. 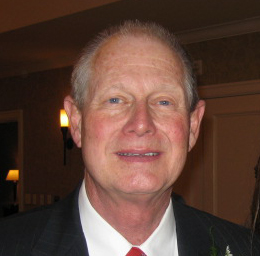 The SADS Foundation sadly announces that on February 12, 2020, our founder Dr. G. Michael Vincent passed away peacefully after a life lived with humility, grace, and inspiration. We honor his service to the mission of the SADS Foundation through the momentous contributions he made in the medical field, through the care he gave to thousands of families, and the thousands of young lives that were saved. We will miss Dr. Vincent’s guidance, munificent efforts, and generous heart as we continue to bring his vision to life.

“Michael was such an important part of our pediatric EP community even though he was an adult EP. He really put LQTS “on the map” and went beyond that by founding the SADS Foundation to help support families, patients and physicians who care for patients with inherited arrhythmias. Along with researcher at the University of Utah including Mark Keating and Katherine Timothy he helped us understand the genetic nature of LQTS and opened the door for further discoveries in inherited arrhythmias. Despite his worldwide recognition and illustrious career he was a humble, incredibly kind and generous man. He really was a role model for me as to how to be successful with grace. He is the reason I became interested in this population of patients. I will miss him.”

“I am saddened by the loss of my good friend and colleague, Dr. Michael Vincent. Michael created and ran the SADS Foundation for many years—helping hundreds of families around the world to “live and thrive” with long QT syndrome. And he supported and trained so many physicians who care for patients with genetic arrhythmia syndromes. When he retired, he allowed me to continue and build upon his work with SADS, which was a deep honor.”

“one of the most gracious people I ever had the pleasure to meet and know. He made me feel like one of his own family. What a great honor for me.”

The family asks that in lieu of flowers, donations be given to the SADS Foundation as he felt so passionately about the organization he began. For anyone who would like to attend and celebrate his wonderful life, his viewing will be held at Larkin Sunset Lawn (2350 East and 1300 South, Salt Lake City) on Thursday, February 20, 6- 8 p.m.

Leave a message of condolence for
Dr. Michael Vincent