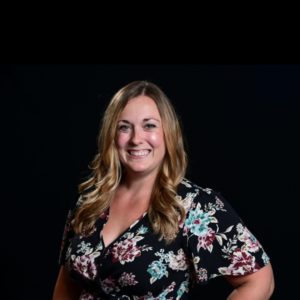 I was diagnosed with Brugada Syndrome in 2019 and subsequently had an S-ICD implanted. My journey to my diagnosis, especially in regards to genetic testing is somewhat unique given that I am adopted and have no family history. Given the risk stratification for Brugada patients, receiving treatment was challenging in a lot of ways and it seems different countries follow different protocols. In 2019,  I presented with palpitations as my first symptom at the age of 35. I remember thinking I drank too much coffee as I was on my second venti coffee and on my way to a winery. I figured I should cut back on my caffeine.

The next day, my symptoms were still very persistent. I went to the gym, came home, and was complaining to my husband how annoyed I was with the palpitations. I told him I was having some intermittent palpitations but that they were very intense and that I just needed to cut back my caffeine, which was a refrain that you’ll hear me say often in this story given in my mind there was no way I could have a heart problem this young. Additionally, I was also fit. I was also a competitive powerlifter with state records, regularly used pre-workout, and had never had a cardiac issue in my life. My husband at the time was working in the Cardiovascular ICU and asked to take my heart rate. He immediately asked if I had just got back from the gym, but I had been home for about 30 minutes. My heart rate was 130 BPM at rest. He was concerned but I brushed it off again.

I randomly had a GP appointment scheduled to get a measles booster the next day and my husband strongly encouraged me to tell him about the palpitations. When I begrudgingly did, they ordered an EKG and it came back abnormal. I was referred to a cardiologist with an appointment the following week. Later that day, I was having a ton of palpitations sitting on the couch that were strong enough that I was jerking up to sitting position because they were so startling. My husband listened to my heart with his stethoscope and immediately wanted me to the ER. By the time I got there, everything had stopped. They got me hooked up to a monitor and I remember the ST elevation alarm kept going off intermittently. I was referred to a cardiologist the next day.

I ended up with a full cardiac workup and the general cardiologist I consulted with told me she suspected a Type 1 Brugada pattern and passed me off to the EP where after extensive testing, I was diagnosed with Brugada syndrome.

I would say nearly 60 to 70% of my EKG’s now show a Type 1 pattern. Very rarely do I show a normal one, but it doesn’t feel any different to me. When I saw an electrophysiologist, he talked to me about courses of treatment and I told him I wanted a second opinion, which he was incredibly supportive of. The second opinion had absolutely different recommendations, which was frustrating and not uncommon in the online communities dedicated to Brugada as there seems to be a lot of frustration towards differing treatment and protocols.

My primary EP suggested more testing, but was leaning toward an ICD. The EP I saw for a second opinion was against an ICD and categorized me as asymptomatic. We agreed to do a Cardiac MRI, stress test, monitors and genetic testing. My genetic results came back with two VUS genes, one likely predicted benign and one was likely predictive disruptive.

At this time, I also started developing a presyncope that has persisted to some degree to this day off and on, resulting in lightheadedness. Due to the genetic test results and development of presyncope, my doctor felt that even though I was technically in a gray area regarding needing an ICD, he recommended I receive one, so that is what we did.

How has your ICD impacted your life?

I don’t notice it at all. I tell people that all the time – there’s a lot of us who have had no problems. Notably, I will say that finding a bra was a little bit of a problem. I have recommended to people that utilize a bra that they should talk to their surgeon before they get their S-ICD placed. Additionally, given how active I am, my EP had me do a stress test after implantation to ensure my device threshold was set appropriately to minimize the risk of inappropriate shocks due to working out. I think that should be a standard procedure as it may eliminate inappropriate shock for some individuals who have their threshold too low. It also increased my confidence to push myself athletically. You definitely notice the device at first, but that feeling goes away with time. To this day, I’ve not had a single inappropriate shock and even sleep on my left side. The S-ICD  does not affect my life in any way, shape, or form except when I need to go through a metal detector. I had a phenomenal recovery and even my scars are barely noticeable. As far as surgeries go, it was an excellent experience.

Seek out other people who have Brugada but take what you’re reading with a serious grain of salt. You’re more likely to hear negative or  scary opinions than you are to hear about patients being asymptomatic and normal check ups and experiences.  Also, ask a lot of questions! Especially about shared experiences. Be wary of seeking medical advice on social media though – make sure you’re consulting with your EP for medical questions as they are specialists and experts.