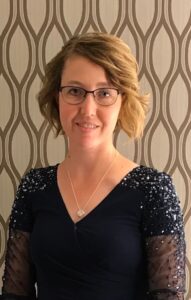 Genevie’s children have LQTS, which was only discovered through genetic testing. Her youngest daughter had more severe symptoms of LQTS, and went through an extensive testing panel – which is how her husband learned he had LQTS Type 5.

Sometimes you can’t tell that you have a SADS condition until you undergo genetic testing.

Genevie was diagnosed with Long QT Syndrome in 1997 – but because genetic testing wasn’t commercially available, she didn’t know her genetic mutation until 2009.

“My kids couldn’t get genetically tested either, because it just wasn’t available,” she says. “They had ECGs every year, which didn’t show LQTS.”

Genevie had a breakthrough event a year before her youngest daughter was born. Since genetic testing had just become commercially available, her EP ordered a genetic test, which came back positive for LQTS Type 1. Although her children’s ECGs didn’t show a prolonged QT, and they didn’t have symptoms, they received genetic testing for LQTS Type 1 too as part of the cascade screening process.

“If a genetic test for a SADS condition is positive, technically all blood relatives could have testing, but we’ll start with first-degree relatives and cascade down from there,” says Lindsay Meyers, CGC, Director of Cardiovascular and Pediatric Genetic Services at Genome Medical.

Two of Genevie’s kids tested positive for LQTS Type 1. Her youngest daughter was born a year after her family was tested. “She had a prolonged QT and was immediately put on beta blockers,” says Genevie. “We assumed she had the same mutation that I did.”

Her daughter continued to have heart issues, and at two she was genetically tested and put through a full cardiac arrhythmia testing panel. She had LQTS Type 1 – but genetic testing also revealed a mutation for LQTS Type 5.

After discovering that her daughter had two types of LQTS, Genevie’s entire family was retested. Her husband tested positive for LQTS Type 5. 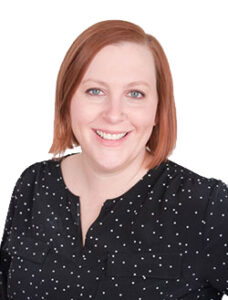 Lindsay Meyers was Genevie’s genetic counselor, and helped Genevie and her family through the process of retesting. “She was great at explaining the process – why we needed to retest everyone, what the second mutation could mean for treatment, and the cascade testing we needed to do in our family,” says Genevie.

“Genetic counseling helps patients understand what a genetic test can and cannot tell them, and how the test could possibly impact their medical management,” says Lindsay. “We also help them understand the implications for the rest of their family.”

Both Genevie and Lindsay want families to know that genetic testing is much more accessible and affordable than it used to be. “Most of the time, insurance covers it so you have a minimal out-of-pocket cost,” says Genevie. “It’s so important to be tested – it can guide your EP in knowing what your care plan should look like.”

Lindsay emphasizes the importance of receiving genetic testing for understanding who might be affected in your family, and for future research opportunities. “If you take LQTS as an example, genetic testing can tell you the type of LQTS you have, which can be helpful for medications and knowing your triggers, and allowing the rest of the family to get tested,” she says. “And as we progress, knowing particular variants may be helpful for research and future treatments.”