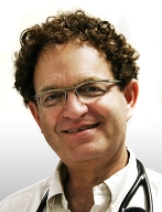 recently published research in the Journal of The American College of Cardiology regarding screening for Long QT Syndrome in athletes especially.  Dr. Viskin developed a special test called the “Viskin Test” to better recognize patients with a higher risk of sudden cardiac arrest.

The “Viskin Test” is based on the researcher’s discovery that very  between normal and at-risk patients could be suddenly be made more visible using a simple bedside test that requires a subject to suddenly stand up. When standing, at-risk patients will experience a measurable difference in a portion of their heart rate called the QT interval. The difference can be detected by an electrocardiogram (ECG).

Dr. Viskin described his research in a recent issue of the Journal of the American College of Cardiology.

The long and short of the QT test

“Current screening methods offer no real therapeutic value, because very few people who experience arrhythmias, up to 20 percent of the population, will ever die from sudden death,” Dr. Viskin says. “Moreover, there is such a significant overlap between what’s normal and abnormal on an ECG that we need additional screening parameters. This test, when done on people with strong symptoms, can really give us doctors a yardstick to compare those at risk for sudden death syndrome to those who would otherwise go on to live a healthy life.”

According to Dr. Viskin, the QT interval shortens when the heart rate accelerates, but this response is not instantaneous. In the study, he tested whether sudden changes in a body as it stands up would reveal an abnormally prolonged QT interval patients with long QT syndrome (LQTS), the most common cause of sudden death. Those affected with LQTS have a normal heart structure but have problems in the electrical discharge in the heart — they have trouble “recharging” after these sudden changes.

Young people who suddenly faint for no reason, have dizzy spells or have a family history of LQTS are very good potential candidates for this new test, Dr. Viskin says.

A warning for immediate intervention

In the study that led to the “Viskin Test,” Dr. Viskin assessed 68 patients with LQTS and 82 control subjects who all underwent a baseline ECG while resting in the supine position. They were then asked to get up quickly and stand still during continuous ECG recording. The QT interval was then studied over various time periods.

In response to brisk standing, both the LQTS patients and the control subjects showed similar heart rate acceleration. But Dr. Viskin discovered that the QT interval in LQTS patients increased significantly.

“This test adds diagnostic value. And the beauty of the test,” Dr. Viskin adds, “is that it’s easily done at the patient’s bedside. It eliminates the need for more expensive IV tests and more strenuous exercise tests.”

He adds that, while untreated LQTS can be life-threatening, the therapies to treat it can be very effective.