Each year an estimated 325,000 people die in the United States from Sudden Cardiac Arrest (SCA).  Of that number the Heart Rhythm Society estimates about 7,000 of these deaths are in children and infants.

We immediately began to ask ourselves, how a beautiful, healthy young woman, could possibly just go to bed and die in such a mysterious manner.  To say we were in shock or grief stricken would hardly describe the scenario with any justice.  Losing a child is probably the hardest thing we as humans have to face in our lifetimes.

An autopsy showed no real cause of death other than “Acute Cardiac Arrhythmia”.  Her toxicology report was totally negative.  The Medical Examiner offered our family no other information as to a cause of death.

Our only clue was on her second day of life she had been observed having a “seizure”, and one nurse told us she appeared somewhat “blue”.  She was found to have a slightly low calcium level, and was treated with IV calcium with no further problems or explanation.

Starting in grade school, Emilie “fainted” with pain, emotion, or fear, but probably only a total of 3 or 4 times.  Then around 9th grade she began describing her heart as feeling like it was “going crazy” during intense exercise drills for the basketball team, like running bleachers.  She also had no tolerance for caffeine.  Again she felt it made her heart beat irregularly.

Emilie saw two adult cardiologists, but her tests were interpreted as normal.  The cardiologist’s explanation was that she was tall and thin, and that she was just feeling irregular heartbeats that we all have at times, but are of no real clinical significance.  Unfortunately we accepted this diagnosis.

One day in high school she “fainted” and fell out of her desk in class.  Since she had already seen two cardiologists, the doctor was not concerned.  If it happened again, then possibly further evaluation would be considered.

We now know (hindsight is always 20-20) because she was only in about 9th grade at the time, she should have seen a pediatric cardiologist.  She had seen an adult cardiologist.  Also I might add that lots more is known about Congenital Long QT Syndrome now, than back in 1990, when Emilie had her cardiac testing.

After her death, a cardiac researcher and specialist at the Sarver Heart Center in Tucson, Dr. Frank Marcus, found something suspicious on her Holter monitor test.  We were referred to another cardiac research doctor, Dr. Arthur J. Moss at the University of Rochester Medical Center, Rochester, N.Y. and we learned about genetic testing that was available.  The QT Interval on her ECG was also read as being prolonged.  The QT Interval is the time needed for re-polarization or kind of a “recharging” of the heart between beats.

Our immediate family was also tested.  We learned that my husband and I both have a gene for an electrical conduction defect in the heart called Long QT Syndrome.  My two living children, now ages 33 and 31, also tested positive for this gene.

My extended family was also tested.  All my siblings tested negative, as did my parents.  It would seem that I was the beginning of the gene mutation on my side of the family. My husband’s gene is one associated with Long QT Syndrome, but more specific for cardiac arrhythmias in general.

Congenital Long QT Syndrome is a very treatable cardiac condition.  Depending on the severity and the type of Long QT Syndrome, it can be treated with beta blocker drugs, by avoiding a long list of drugs known to prolong the QT Interval (these lists of drugs can be found at www.qtdrugs.org), possibly restricting the child or young adult from competitive participation in sports (because of the added stress of competition & adrenalin surges on the heart), and if necessary an ICD (implantable cardiac defibrillator) can be implanted in the person’s chest.

When a family knows they have Congenital Long QT Syndrome, very simple measures can help keep the person with the gene and symptoms at less risk.  At the dentist, a local anesthesia with less cardiac effects can be used and for minor surgical procedures (making sure there is no epinephrine in the local anesthetic), and avoiding the drugs that can affect QT Interval is of utmost importance.

Electrolyte imbalance is also to be avoided, as are all situations that would deliberately stimulate an adrenalin surge like scary rides at theme parks, haunted houses, deliberately scaring a person, alarm clocks, competitive sports, etc.  Exercise can still be done, but according to very specific guidelines from the cardiologist or EP (electrophysiologist—a sub specialty of cardiology).

Sudden Cardiac Arrest in youth is not a rare occurrence.  SCA is the leading cause of death on school property, which includes not only children, but also teachers, administrators, parents and visitors.

SCA is happening to thousands of kids each year – on the football field, on the soccer field, in the classroom, and in their sleep.

It is critical that our community recognize the importance of having AEDs available everywhere that youth congregate; that we encourage AED/CPR training and have an emergency plan in place should someone collapse due to SCA.

When a child has a sudden cardiac arrest there is a critical 3-5 minute window for that child to be saved.  Know the chain of survival:

Many SCA victims have no prior history of heart disease and are stricken without any warning.

The first person on the scene of a cardiac arrest is in the best position of saving a life, if that rescuer is equipped with an AED.

An AED is a medical device designed to quickly analyze the heart’s rhythm and safely deliver an electric shock, if needed.  An AED will not shock someone if the heart rhythm is not life-threatening.  Most AEDs can be used by anyone, including someone as young as a sixth grader.  AEDs guide users by audible prompts, and some have both audible and visual prompts, in case you have a victim of SCA in a noisy environment like a stadium, gym, etc.

The only definitive emergency treatment for SCA is defibrillation (AED), which involves the rapid delivery of an electric shock to the heart.

The chances of survival decrease by 10% for every minute defibrillation is delayed.

On average, it takes Emergency Medical Services teams in the U.S. 9 to 12 minutes to arrive on the scene of a SCA.

Everyone, including parents, young teens, caregivers, babysitters, teachers, & all coaches are encouraged to take a class, and get certified in CPR and the proper use of an AED.

As a parent who has lost a child to SCA, I am now a member of Parent Heart Watch, the national voice solely dedicated to protecting young from Sudden Cardiac Arrest (SCA).  I urge you to learn more at www.parentheartwatch.org.

For additional information of other congenital heart conditions in children and young adults that can cause SCA, the symptoms they may cause, and recommended treatments you can also go to  www.sads.org

It is our responsibility as a community to shed light on SCA in youth and save lives.  Keep in mind that the life you save could be your very own child’s, or someone else you know and love. 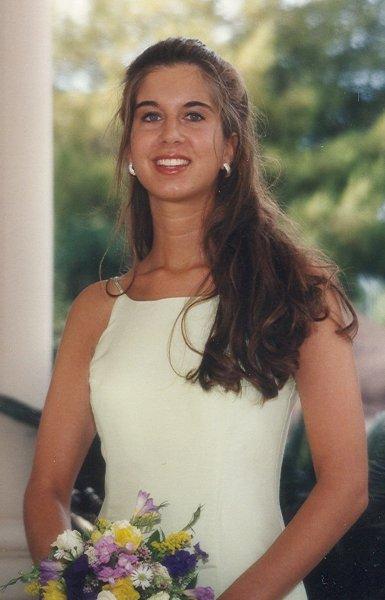 Make a Donation
Back to Healing Wall